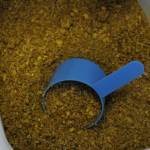 Probiotics have their fair share of both devotees and naysayers. Why do the devotees keep probiotics in their medicine cabinet? For diarrhea, primarily. Approximately 80% of foals develop diarrhea sufficiently severe to threaten growth and, depending on its severity, survival. Adult horses develop diarrhea for several reasons, including physical and mental stress, disease, and certain medications.

Treating diarrhea medicinally may resolve the condition, but some medications have unwelcome side effects: inappetence, skin reactions (wheals, swelling), and kidney toxicity. The benefits of administering probiotics for treating or preventing diarrhea remain largely theoretical despite the widespread availability of the products.

To shed light on the actual, rather than perceived, benefits of probiotics in horses, Australian researchers conducted a thorough review of the available scientific literature. After combing through many relevant research papers, they selected 18 that examined the safety, tolerability, and efficacy of probiotics in horses and foals. Some of the key findings of this study were:

To combat plummeting pH in the hindgut, researchers looked at offering a probiotic to improve the microbiome and increase digestive function. However, two separate studies failed to identify any benefit in feeding a probiotic to horses given high-grain diets.

“This finding leaves room for more research and alternate approaches to controlling pH in the hindgut. Using hindgut buffers such as the research-proven hindgut supplements created by Kentucky Equine Research are potentially better than using probiotics for this purpose,” Huntington recommended.

Also noteworthy, the number of studies examining probiotics in horses was extremely small compared to those for humans. As such, much of the information used to support probiotics intended for horses is actually extrapolated from human studies.

“The anatomy and physiology of the equine digestive tract are very different from that of the human, which makes data extrapolation inappropriate. Using human data for horses may at least partly explain the lack of reported efficacy of probiotics in horses,” Huntington said.

Instead of extrapolating from human medicine, scientists should consider equine-specific research, as many questions remain unanswered. For example, what species of bacteria and yeast should be included in probiotic supplements, and what multistrain products will have the most benefit? How much should be given? How long should horses be given the supplements?

Quality concerns also persist. Do commercial over-the-counter probiotics contain the type or amount of ingredient they claim? The live bacteria that went into the package or syringe may not be viable when actually fed, which negates its usefulness.

*Cooke, C.G., Z. Gibb, and J.E. Harnett. The safety, tolerability and efficacy of probiotic bacteria for equine use. Journal of Equine Veterinary Science 99:103407.