Now available at a stockist near you! 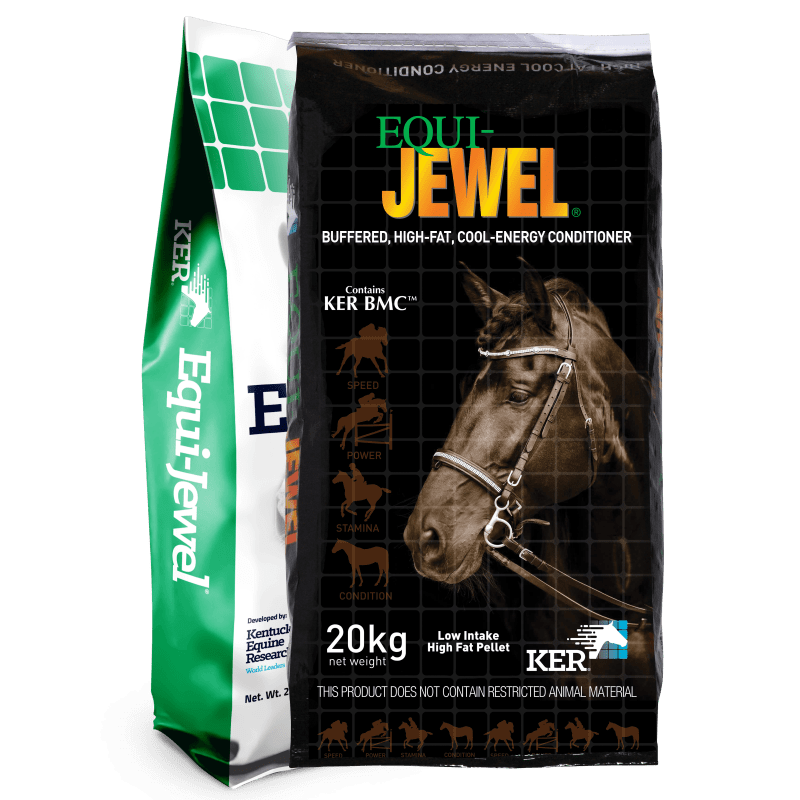 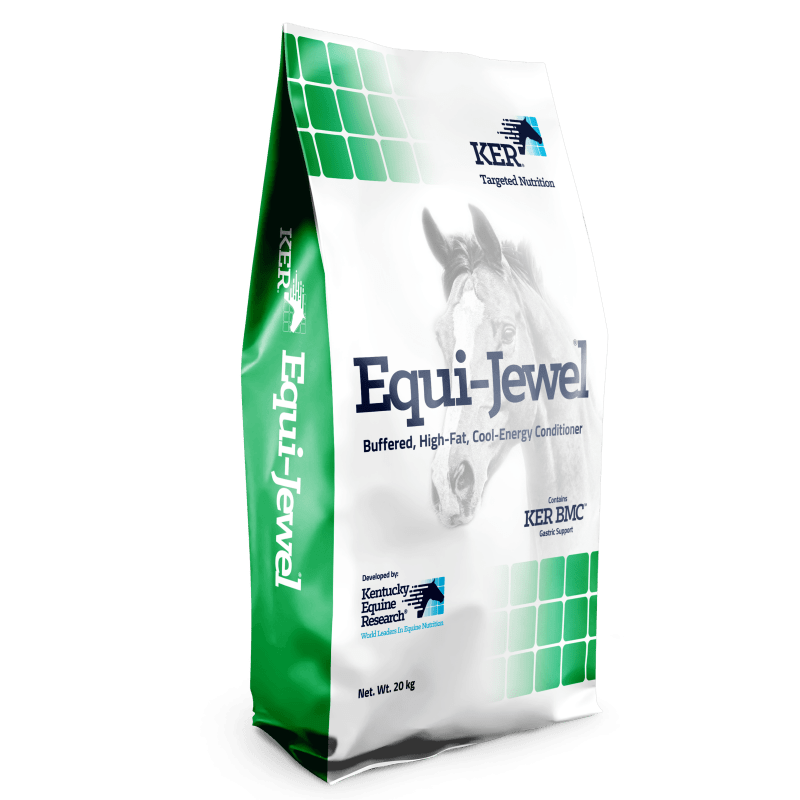 New Look and Formula
The Original is Better than Ever 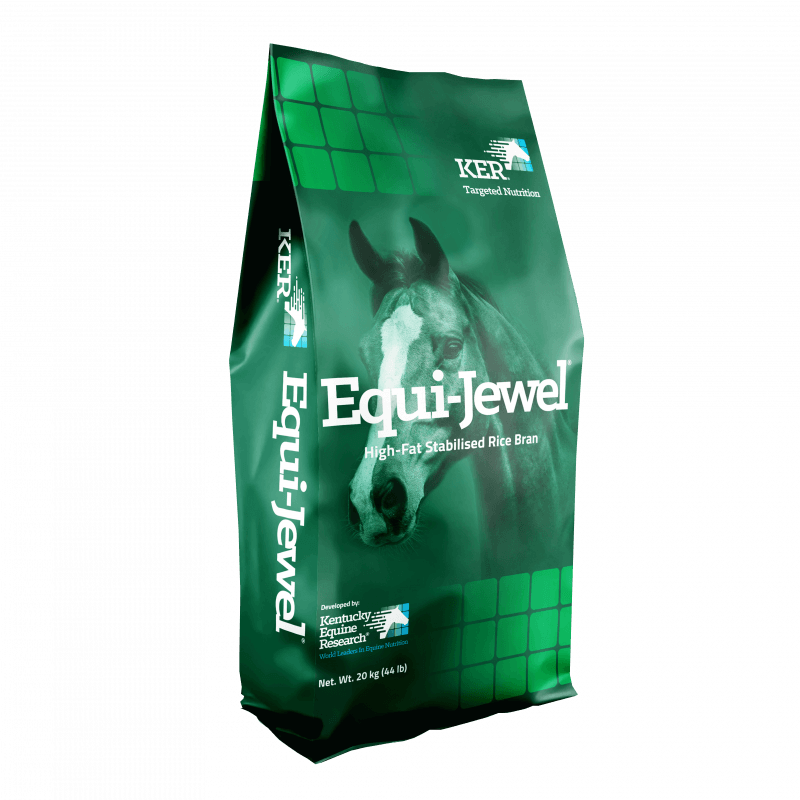 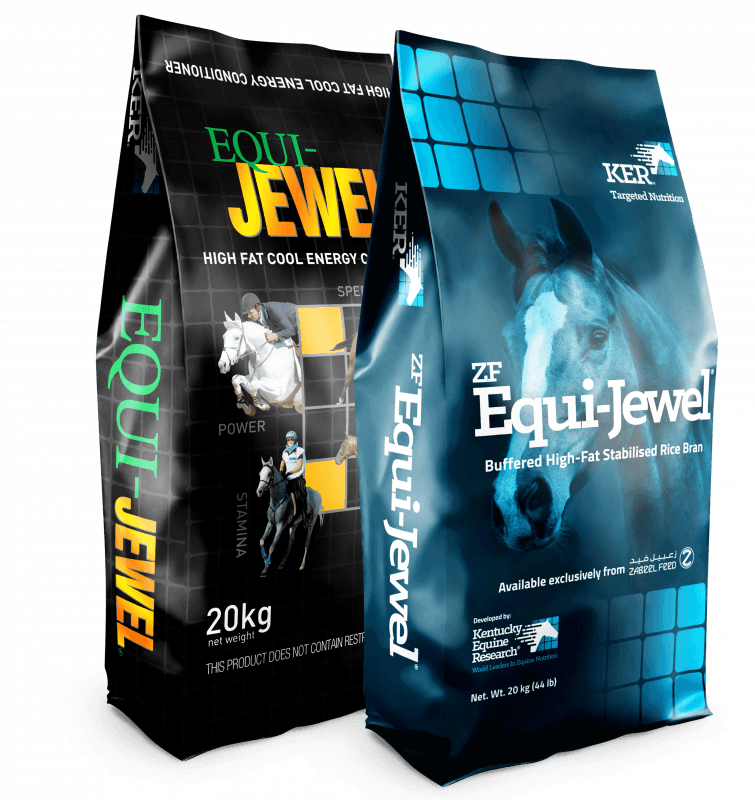 Eqiu-Jewel is specifically designed to nutritionally support the equine athlete by providing a highly palatable form of additional calories and protein to assist in building muscle, topline and maintaining condition.

Equi-Jewel contains a rare source of marine-derived calcium, BMC®, shown to be more highly digestible than other forms of calcium, including calcium carbonate. BMC® has been shown to buffer stomach acid to bolster gastric health and reduce the incidence of ulcers, as well as moderate the pH of the hindgut to prevent acidosis. Learn more about BMC.

EQUI-JEWEL is specifically designed to nutritionally support the equine athlete by providing a highly palatable form of additional calories and protein to assist in building muscle, topline and maintaining condition.

New ZF EQUI-JEWEL contains a rare source of marine-derived calcium, BMC®, shown to be more highly digestible than other forms of calcium, including calcium carbonate. BMC has been shown to buffer stomach acid to bolster gastric health and reduce the incidence of ulcers, as well as moderate the pH of the hindgut to prevent acidosis.

Equi-Jewel® is a scientifically formulated high-fat, low-starch, and cool-energy conditioner. Equi-Jewel is the original, research-proven stabilised rice bran product for horses and is the only conditioning supplement to include KER BMC™ to buffer the digestive tract. This, combined with Equi-Jewel’s proven track record, make it the go-to topline conditioner for horse owners, leading trainers and breeding farms around the world.

Equi-Jewel contains KER BMC, a unique source of marine-derived calcium shown to be more highly digestible than other forms of calcium typically used in feeds. KER BMC has been shown to buffer stomach acid to bolster gastric health and reduce the incidence of ulcers, as well as moderate the pH of the hindgut to prevent acidosis.

Equi-Jewel also contains linoleic acid which has been shown to reduce gastric acid secretion and increase output of protective prostaglandins, making Equi-Jewel an important component in the diet of horses at risk of gastric ulcers and hindgut disturbances. 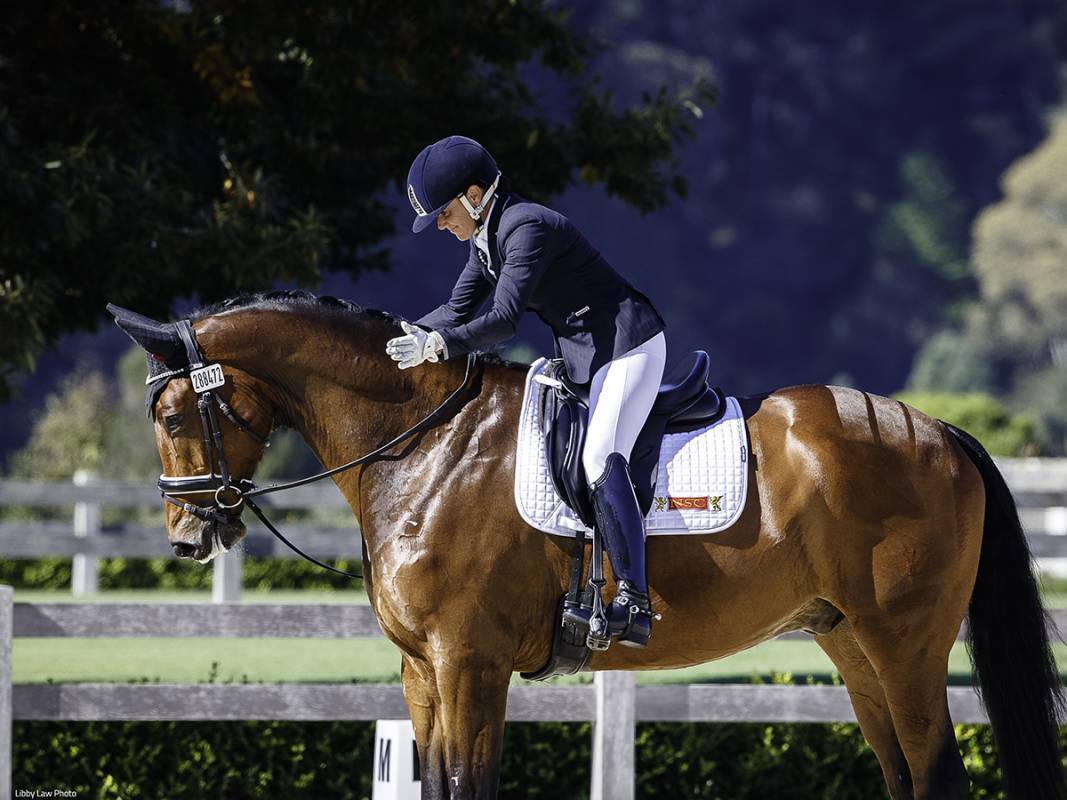 “I’ve been feeding Equi-Jewel to all my horses for a number of years now. It is my secret for a topline and a gleaming coat. I love that a little goes a long way, and it doesn’t heat up my horses. I’m more than happy to share the secret and recommend Equi-Jewel to everyone!” 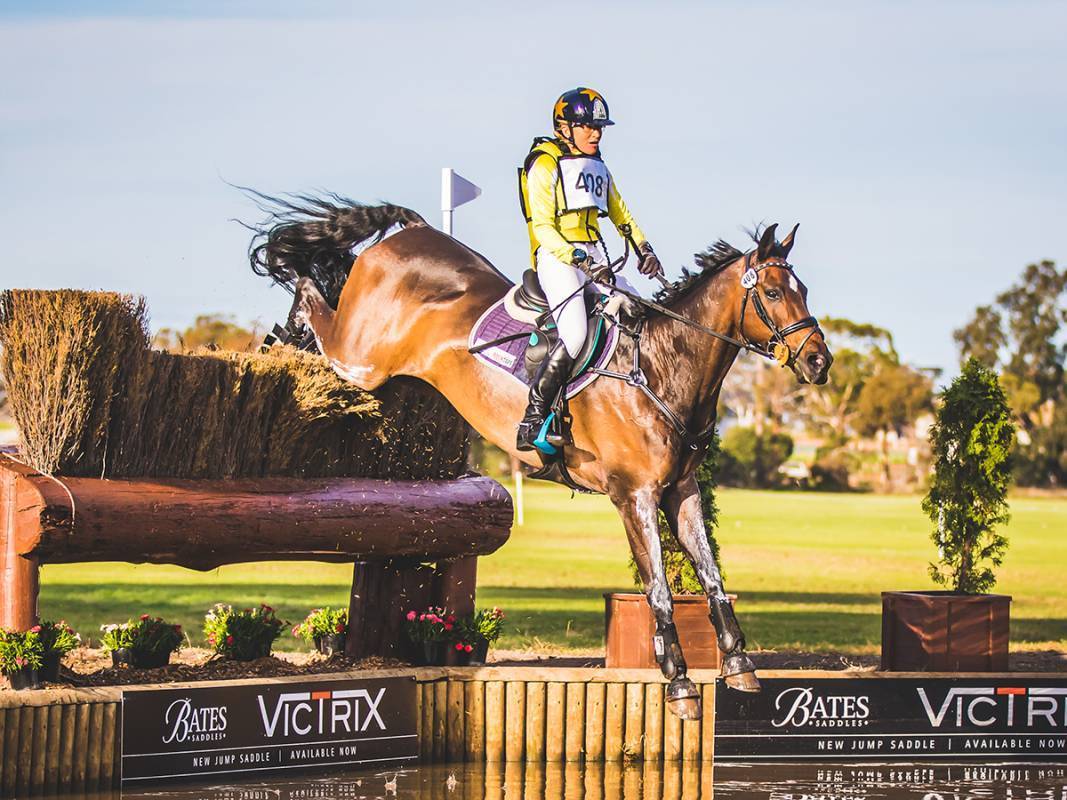 “Equi-Jewel is my go-to in order to keep my horses in peak condition! The best fuel comes from high-fat, slow-release sources. Equi-Jewel does all of this, plus the inclusion of KER BMC helps keep their digestive system healthy.” 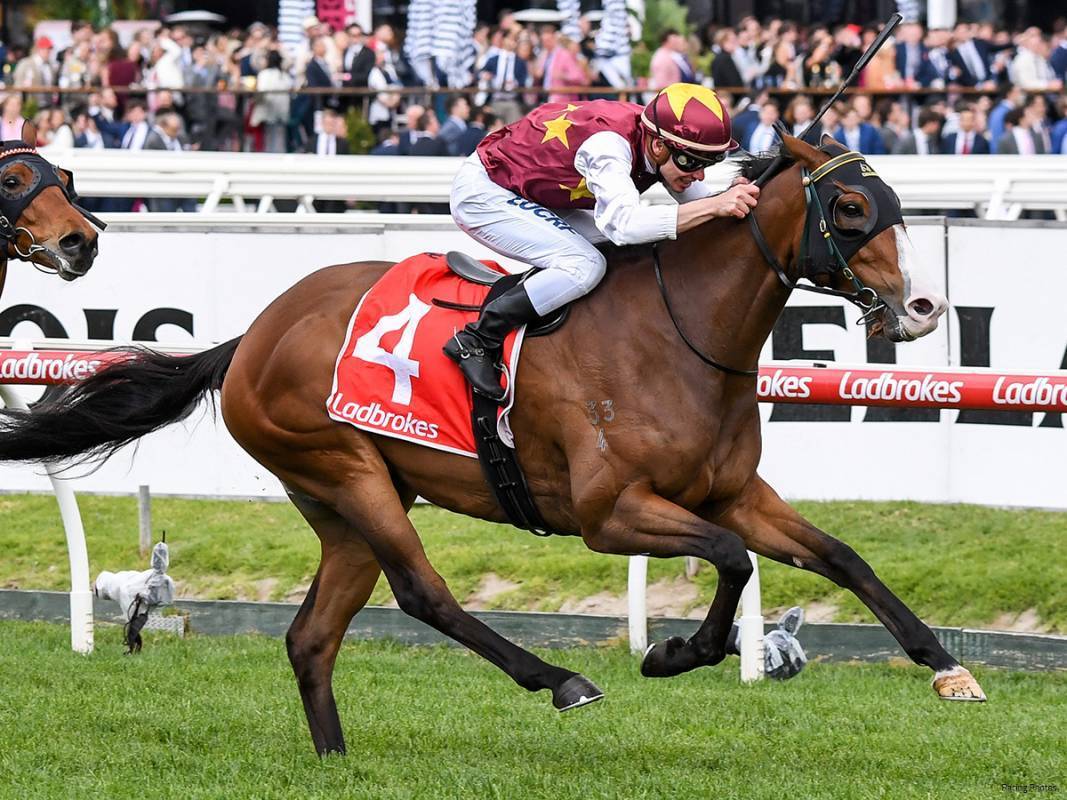 “We use Equi-Jewel as part of our daily diets. It’s great for maintaining condition and an alternate energy source. I’d highly recommend Equi-Jewel, it’s the best conditioning supplement on the market.” 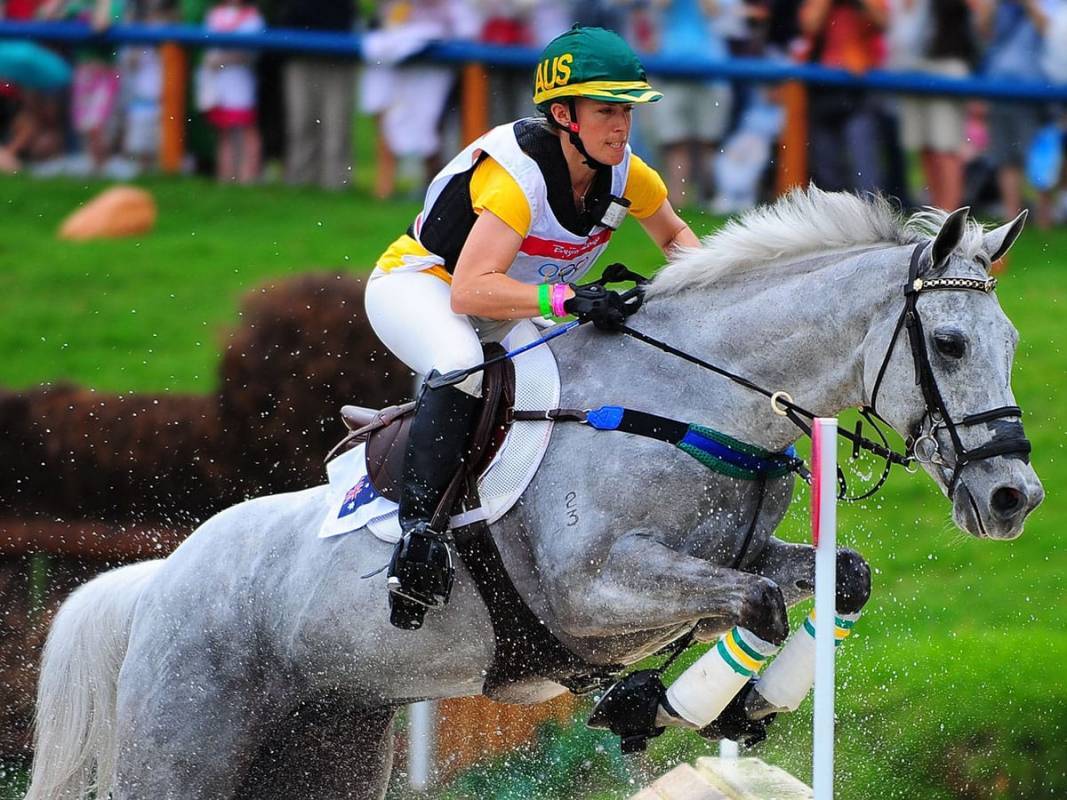 “As my horses are endurance-based athletes, I need a fat-based fuel for them. Equi-Jewel has helped to create and maintain excellent useable condition, not just a fat belly. It’s the staple for my horses because they work hard, and I never have eventers who are too fat!” 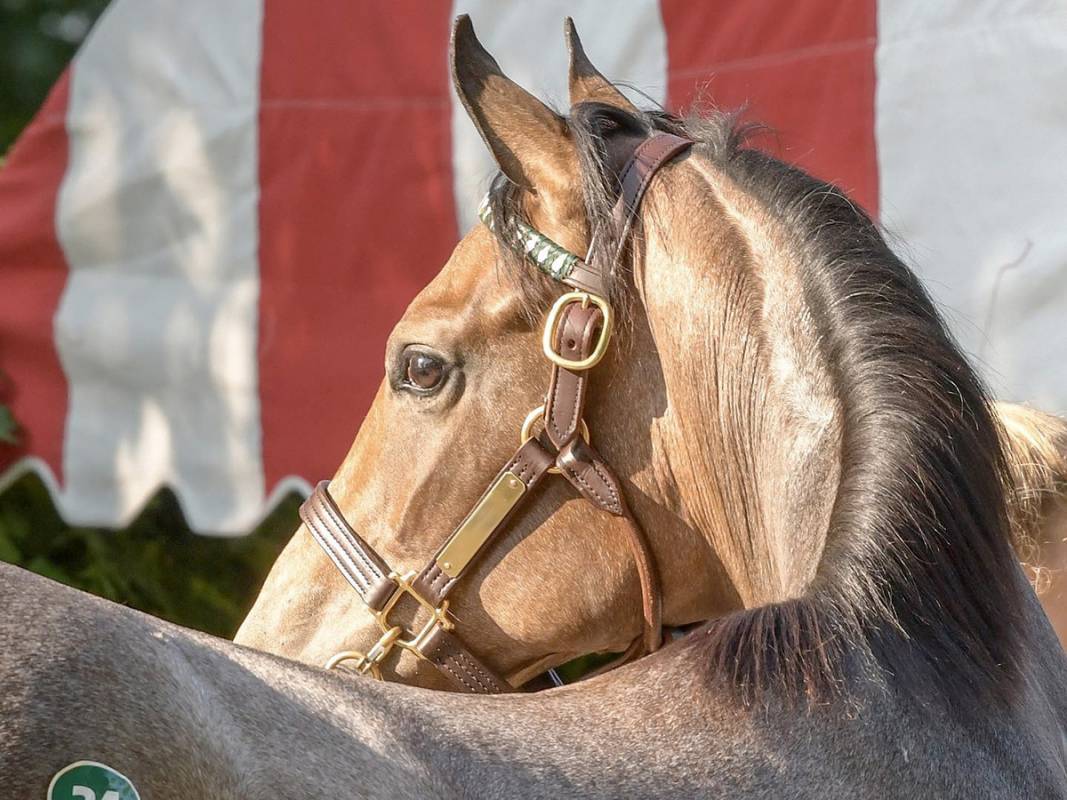 “Equi-Jewel has been an essential part of the yearling prep program at Cambridge Stud for many years, and we have had outstanding results in the sale ring and on the track in these horses. I can rely on it to build muscle and make the yearlings’ coats gleam without ‘overheating’ them. You don’t have to feed much to build topline, or get a big, rangy colt in the right condition for the sale. Equi-Jewel will always be a key part of my prep feed program.”

EQUI-JEWEL has been thoroughly researched with proven advantages over other fat sources.

Rice bran, as the name suggests, comes from rice. Specifically, rice bran is the brown outer layer of the rice grain, which is removed in the production of white rice. Compared to the white portion, the bran portion of the rice kernel is significantly higher in nutrients and is high in fat, thiamine, niacin, vitamin B-6, iron, phosphorous, magnesium, potassium, and fibre.

The most important quality of rice bran for horses however, is the level of fat it contains. Fat is a highly effective energy source for horses and a valuable addition to the diets of performance horses or horses requiring a high energy diet.

One of the most troublesome things about rice bran is that immediately after separation from the white rice kernel, the fat begins to oxidise due to the action of an enzyme called lipase. After 24 hours, much of the valuable fat has gone rancid, especially if the weather is warm and humid. This rancidity leads to a soapy aftertaste, which can be quite unpalatable to all but the greediest of horses. But here’s the clever bit. Scientists quickly realised that by subjecting the rice bran to heat and pressure by extrusion immediately following its separation from the grain kernel, the lipase could be destroyed. Without the destructive lipase, the fat content of rice bran can be stabilised at around 16-20%.

With rice bran processing, timing is everything, and with EQUI-JEWEL stabilised rice bran, any rice bran not extruded within 12 hours of processing is not accepted for inclusion, ensuring consistent quality and palatability.

Read the ingredient list. If it doesn’t say stabilised rice bran, it’s not the real thing!

Just 500g of Equi-Jewel is equivalent to 1 cup of vegetable oil in terms of energy, and without the mess and palatability problems of vegetable oil, it makes a great alternative to the traditional fat supplements.

Bran is a common horse feed ingredient, but one concern with feeding bran, whether its rice bran or another grain such as wheat bran, is the extreme calcium deficit. The calcium imbalance with bran and pollard is well documented with high phosphorus levels preventing calcium absorption, sometimes leading to severe deficiencies if fed for the long term without calcium supplementation.

Equi-Jewel contains added calcium to ensure the correct calcium to phosphorous ratio and to avoid problems caused by the high levels of phosphorus in rice bran.

The glycemic index (GI) of a feed is the measure of blood glucose levels in response to feeding. A low-GI feed produces minimal spikes in blood glucose resulting in slow-release energy that decreases the risk of disorders such as developmental orthopedic disease, laminitis, digestive problems, and metabolic issues. 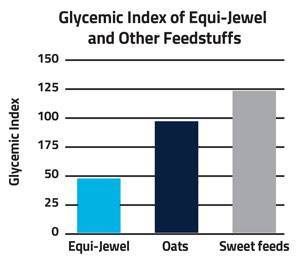 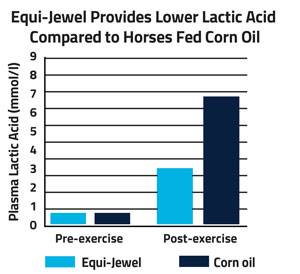 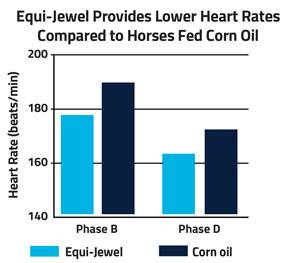 With so many feeds and supplements on the market, everyone wants to know that the product they choose will work!

Equi-Jewel is suitable for all horses from 6 months of age requiring a highly digestible source of fat. Mix the required amount of Equi-Jewel with the regular daily ration. As with any changes in your horse’s diet ensure Equi-Jewel is added gradually over 5 to 10 days. Adjust the following feeding rates depending upon weight, condition and level of work.

New Equi-Jewel contains a rare source of marine-derived calcium, BMC™, to bolster gastric health and reduce the incidence of ulcers, as well as moderate the pH of the hindgut to prevent acidosis. About the Horse on the Bag

Discrete Suitor is a Thoroughbred gelding who’s participated in our studies while in training for racing and eventing, recently contributing to research on muscle recovery after exercise.

Learn more about our research program

Select your location to find Equi-Jewel or another KER-affiliated stabilised rice bran for horses near you.

EQUI-JEWEL is available nationwide via a network of quality stockists.

contact Kentucky Equine Research to find a stockist near you.

Please share some details and we’ll recommend a suitable product in your area.

Please share some details and we’ll recommend a suitable product in your area. 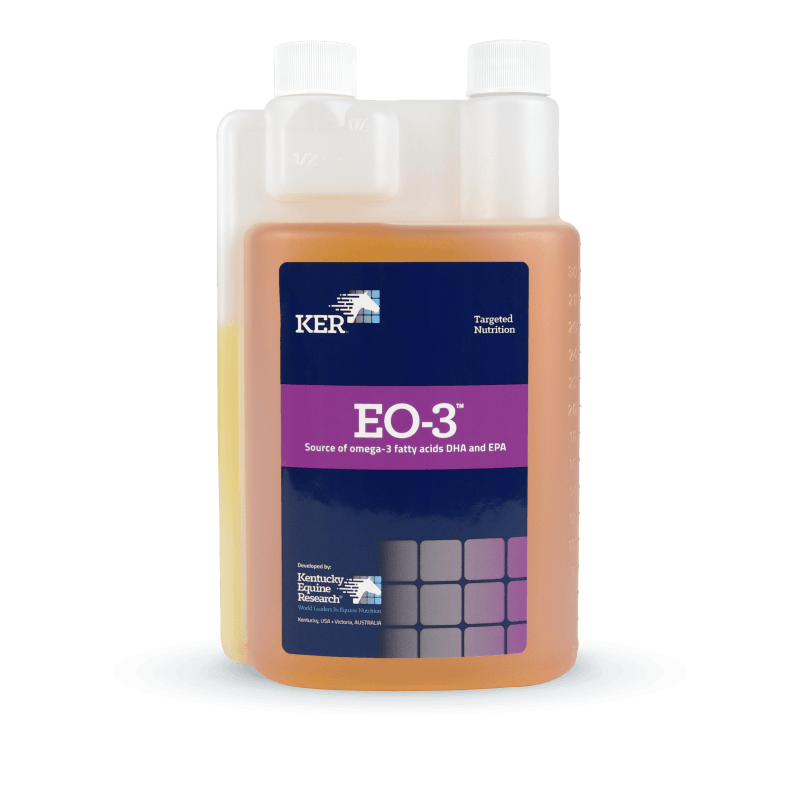